Converting a 2001 Mercedes Sprinter into a camper van

Not everything goes to plan, and just sometimes the thing(s) that haven’t gone to plan are through personal stupidity.

Hopefully I won’t have to update this post much, but in the meantime these are some of the stupid or laughable errors I’ve made.

More mundane that laughable, I’ve had several flat starter battery issues (that’s what happens when you’re basically only moving the van every couple of weeks for a bit of work).

Now we’ll get to the stupidity.

The first two bloopers are insulation-related.

At one point I noticed the driver’s seatbelt wouldn’t pull out. So there was me thinking the mechanism had broken, when it turned out..?

A chunk of the filler foam I’d squeezed into part of the wall had dropped down into the seatbelt roller and set fast! (Luckily it came off)


Secondly, remember the welding I had done in Initial Jobs? Well it might’ve been a good idea to not stuff the wheel arch with insulation the day before the wheel arch was due to get welded.
Here’s one that wasn’t my fault but came as a bit of a surprise:

The final bit of welding that needed doing was simply filling a small hole in the sill under the side door. Simple, or so I thought. Sanding down the hole revealed not metal, but plastic! Most of the sill was filler, so, I began the job of re-filling to try and make it as neat as possible….


While doing the cladding you’ve got to be careful you’re not accidentally drilling metal screws right through the van. I thought I was careful enough not to have done this, until the side door mysteriously wouldn’t open one day…

Of all the places to drill a metal screw, I’d drilled one riiiight through into the runner. Good job, me. 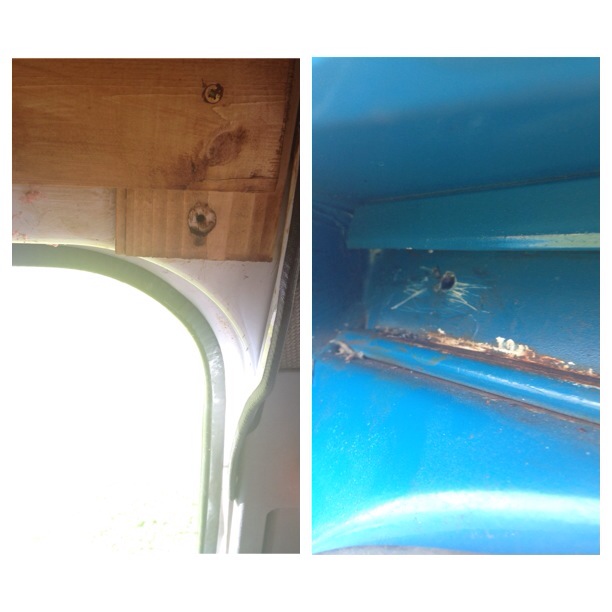 Thankfully that’s it (for now)…

One thought on “Bloopers”